“It bugs me when people try to analyze jazz as an intellectual theorem. It’s not. It’s feeling.” Bill Evans

Since we dearly love jazz music, we’d like to introduce you a very niche Toronto based Canadian jazz quartet called Peripheral Vision. The quartet was founded by guitarist Don Scott  and bassist Michael Herring. They have been performing in the  Toronto jazz scene since 2008. They call themselves “one of the most exciting and innovative jazz quartets to have recently appeared on the international jazz scene” We totally agree with them since we had the opportunity to see their show at the Tranzac on August 5th 2014. The quartet itself is very dynamic and collaborative. 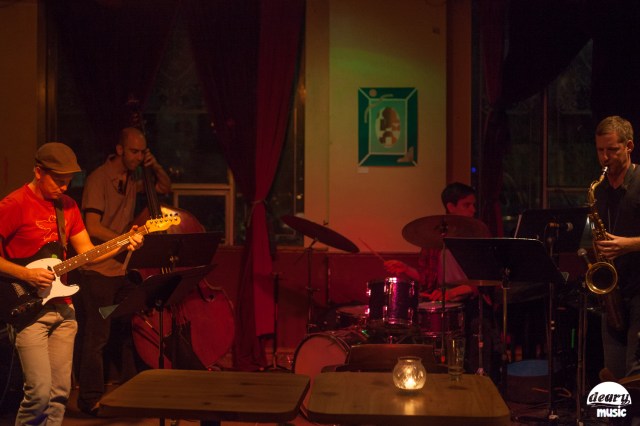 NEW TUNES AT THE TRANZAC 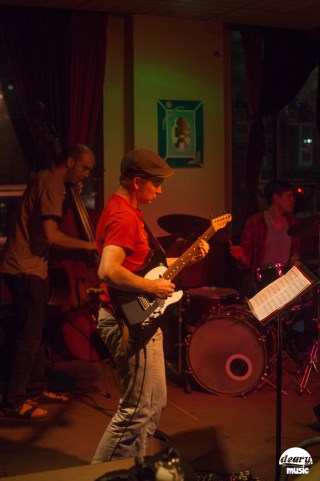 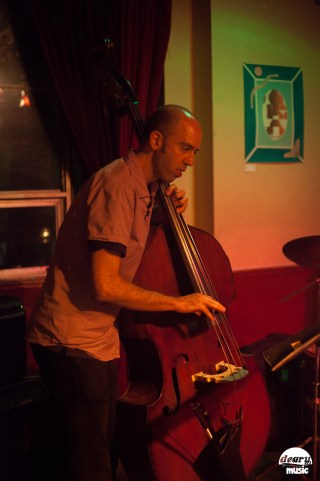 We were really excited to hear “Living the Dream “(one of our favourites) but all the tunes they played were brand new. We have to say we were pretty impressed by the pieces called Patina and Syntax Error. You can check the Patina in the upcoming album. The show provided  us the good tunes from “Sheer Tyranny Of Will”. We lost ourselves in experimental tunes as well as in jazz melodies.

After the gig, we had the opportunity to have a chat with Don Scott. They are all very excited about the new upcoming album  and very happy about how it sounds and looks. The Peripheral Vision is obviously a group of musicians deeply invested in what they do and offer. You can check the video below and see how they deeply feel and dance with their instruments. Even if you are not into jazz, The Peripheral Vision could be a good starting point to explore more about jazz scene in Toronto. If you are curious about their live performance, you can find them at 80 Gladstone on September 27th 2014 for their CD release concert and you can also check our video out. If I were you, I wouldn’t miss that opportunity to feast my ears. You can find them at http://www.peripheralvisionmusic.com/