We’d love to introduce you a dream folk project based out of Toronto which was founded by Kaiya Cade. She is the daughter of a blues guitarist, Brooke Blackburn, of the band Blackburn. If you are a Torontonian, you have probably heard about Blackburn before! CADE is formed of Kaiya Cade (lead vocals, guitar, and piano), Josh Bois (supporting vocals and guitar), Wesley Allen (upright bass), Julian Clarke (percussion and drums), and Adelaide Beach (supporting vocals and violin).

Mustafa discovered them last year at the Free Times Cafe. He had a chance to watch their shows a couple of times in different venues. Since he knows how I dearly love folk music, he highly recommended me to check them out. I listened to a couple of their songs on band camp. Their music reminded me the rainy days that I used to take long walks along the Beaches. Calm, peaceful. When we decided to work on deary music, CADE was one of the bands that we would definitely share with music lovers, so we started to stalk them! The closest gig was on August 20th at the Island Cafe. We were really pumped to watch them at an outdoor venue. 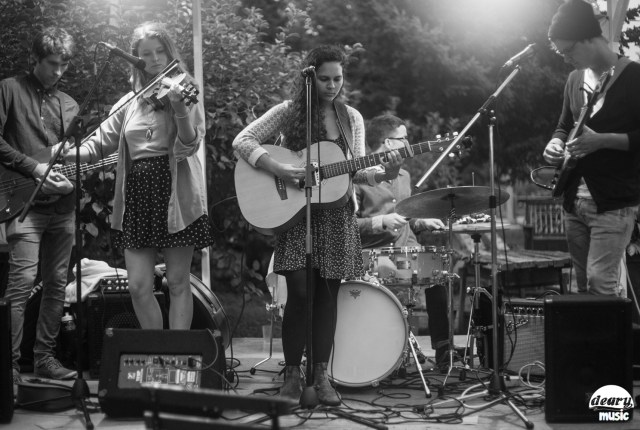 We met 2 hours before the show and took the ferry. The weather was pretty awful but we hung in there! This is the most fractionating thing of outdoor shows in Toronto because weather is always unpredictable – don’t get us wrong, we dearly love our city.

After a lovely ferry trip, we arrived on the Ward Island, took a couple of photos, and then we set forth for the show. First of all, we grabbed our drinks and then settled in for the shooting. CADE took the stage by 7 pm. The gig started with “How Can I Write” (Kaiya+Josh Duo) then continued with “Road”, and “James Donalnue” They had to stop playing after the 4th song because it started raining as we had expected! The break took about 15 minutes thus they had to make sure the instruments were safe and sound. It stopped raining after 20 minutes or so then they started playing St John. We’d recommend you to check that song out at their next gig because you may not be able to find it online. The rest of the set list was “Liar”, “Plans”, “Semicircles” , “Giant on Our Trail”, “Fruit Fly”, “Homesick” and  “ It Doesn’t Know How” 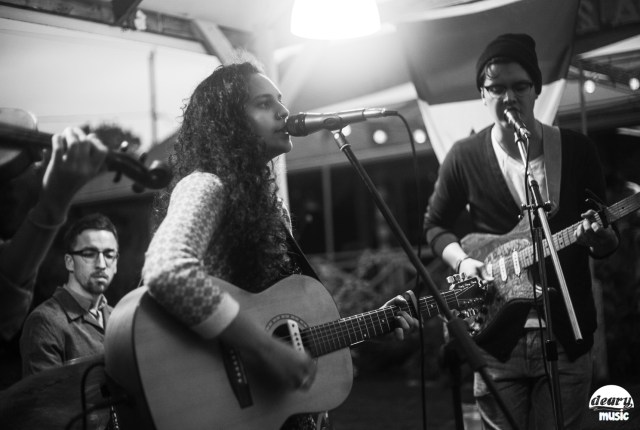 Even though the weather was pretty chilly, they were very connected to the audience so everyone stayed to listen to their dreamy folk tunes. Our favourite was Homesick. We love the lyrics as well as how it sounds, but we also have to say that we are a big fan of Fruit Fly because its tunes totally reflect the band’s concept. Kaiya has a tremendous voice. Fruity Fly will definitely take you to your happy place. Guaranteed. 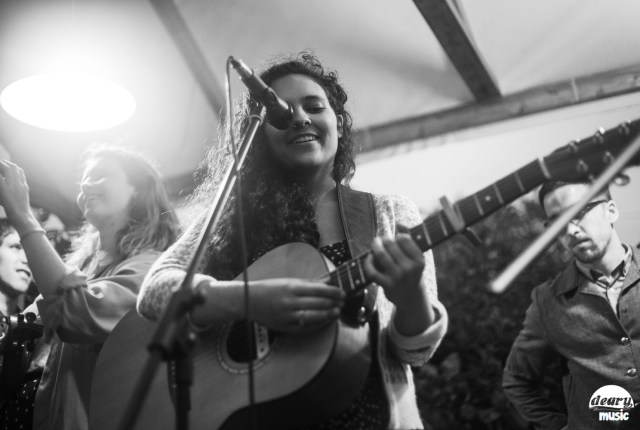 The gig ended with “It Doesn’t Know How”. The show itself was really candid. This is what we really like about CADE. Kaiya is such an open minded, friendly musician and all the band members are very talented. They love playing music and they love sharing with the audience. This is absolutely very exciting for us to see passionate people who love what they do and open to share with audience.  Kaiya’s voice will touch your heart and soul. If you are curious about their music, you can watch our video below.

CADE is like the rainy days that you spend under your blanket. If you are seeking for warm and dreamy tunes, here you go, check them out! http://www.cademusic.ca/