“One-man band. Based on an island.” This is how Aaron Powell defines his band called Fog Lake. The first time that I heard his music was in a friend’s car. After the first 15 seconds I immediately asked my friend whose music it was. He said “Fog Lake-Farther Reaches” and I replied, “This is so lovely!” Thus my journey began with Fog Lake. And I guess it will never end.

I had spent quite a bit time digesting all his albums and started to follow his Facebook page. I mentioned him to Mustafa and he was quite amazed by music as well. We were not sure when we could see him live since he is from St John’s, Newfoundland and Labrador. In the middle of the summer, he announced that he was going to go on tour in Ontario and Quebec. As soon as we got the good news, we started planning our pre- production. We were really excited to see him in TO because he came all the way to share his humble and naïve tunes. 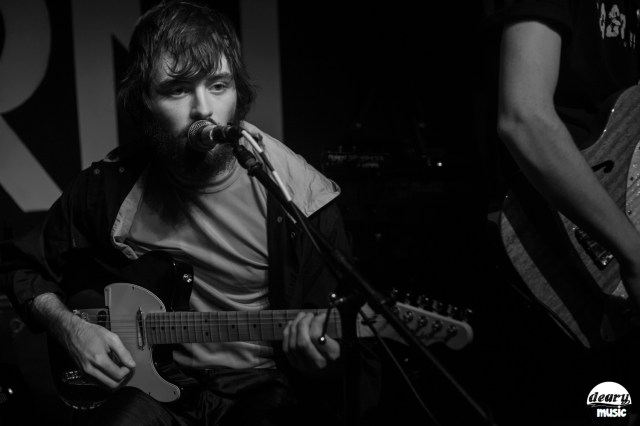 On the day of the gig, we arrived to the venue -The Cavern- pretty early to set up our equipment and meet with Aaron. We got our permission from him to record the concert and talked a little bit about deary music. Everything was safe and sound. We were ready to go!

Before he took the stage, 3 different bands performed for 2 hours, and then Fog Lake appeared with his guitar and drum. Fog Lake is basically an one man band but from time to time his musician friends perform with him, depending on the show. The sound check was really painful. We could tell it from all the musicians’ eyes. There were several technical problems that nobody was able to fix, but then –probably- they found a way to make it work. The gig had started with Farther Reaches which is one of our favourites. Then continued with “Holy Cross”, “Despondency”, “It Was Never Enough”, “15 Ativan”, “Erik”, “Ambient Interlude”, “Inference (i)”, “Lost Love Letters” and “Space Station” 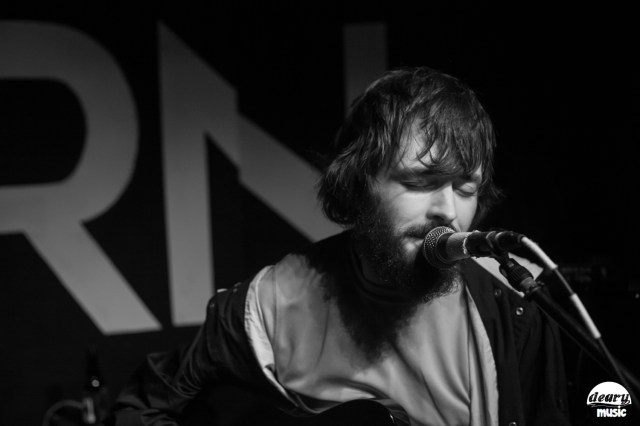 We personally very much like “It Was Never Enough” –you may realized that we used it on our teaser video- so it was pretty lovely to hear it live. The sound system didn’t make us very happy, but Aaron Powell is a talented and humble musician, and he quickly engaged the audience and recovered the technical problems. The best song of the night was Lost Love Letter, despite the song’s slow tempo. The show ended with Space Station from the last album which is a quite different tune among the other ones. 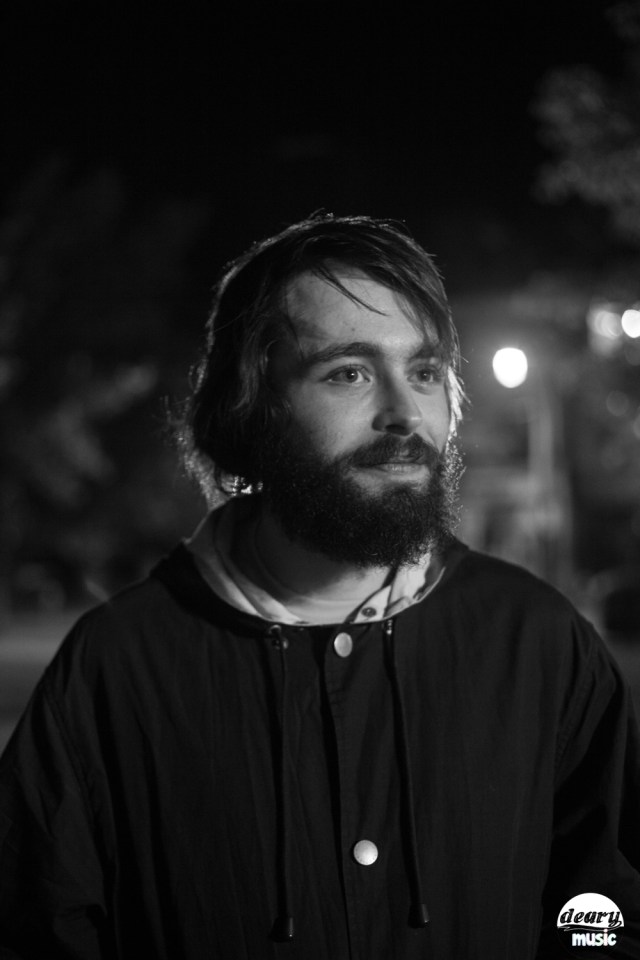 We had the opportunity to have a chat with Aaron Powell after the show. He shared his future tour plans with us. He hopes to be back in TO next summer or so. If you are curious about his music, you  can check our video out. You may also want to take a look at his website http://foglake.bandcamp.com/

6 thoughts on “Fog Lake: Down to Earth One-Man Band”