Etiquette might be a brand new band in TO, but the members’ faces can be pretty similar to most. Does Graham Walsh of electro-punk band HOLY FUCK or Julie Fader, a renowned visual artist, best known of her featurings with Sarah Harmer, Chad VanGaalen, Blue Rodeo and Great Lake Swimmers ring a bell to you? These lovely, creative partners-in-crime and life, Walsh and Fader, formed a band that could carry their own signature a.k.a Etiquette for a night time music with Walsh’s electronic beats and Fader’s lovely, ethereal vocals. 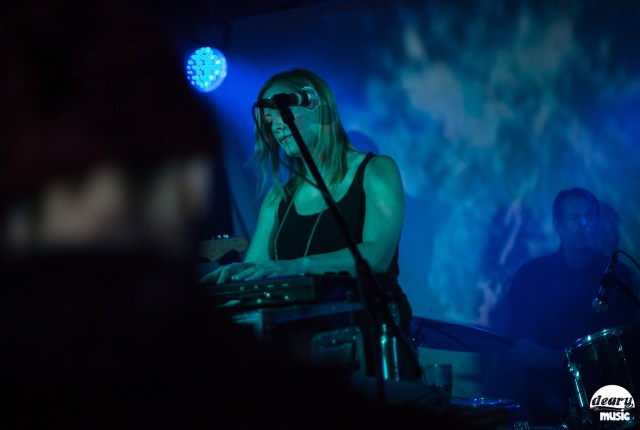 You may not know but Mustafa and I are big fans of electronic tunes. When we heard that Etiquette will have a gig at Silver Dollar – which is one of our favourite concert spots in Toronto -even though I was pretty jet-lagged, I didn’t care because we were superpumped to review an electronic music based band for the first time on dearymusic! We simply didn’t want to miss the chance and happy we haven’t as we were lucky enough to listen their album, Reminisce’s tracks, even before releasing their album on March 24th 2015. As you may now buy their album, you’ll see why we were so glad! But let us continue about our notes on the gig. 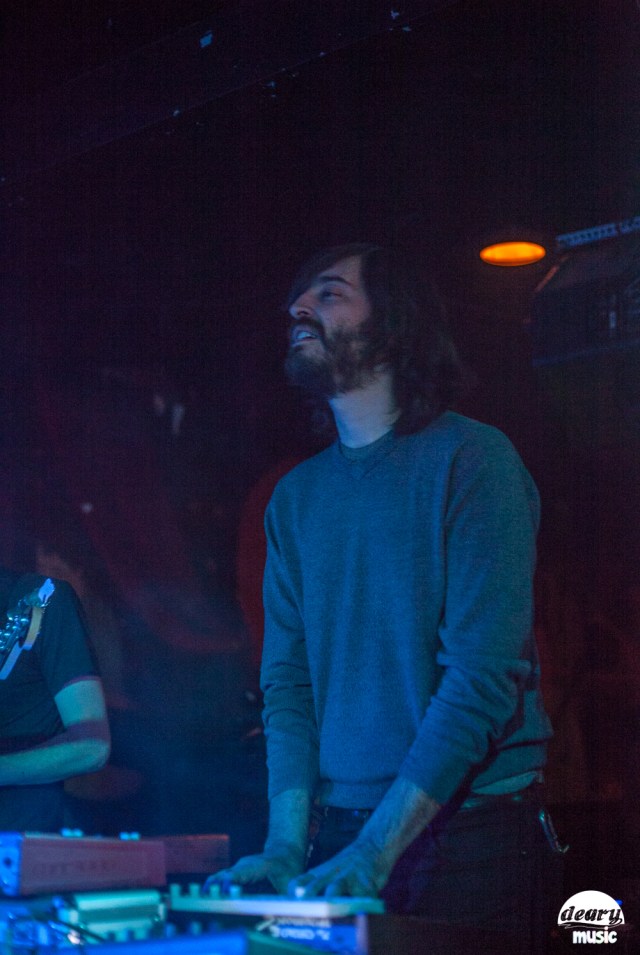 Etiquette started the set with Pleasantries which is a very slow down tempo song within synth-heavy tunes then continued with “Sleep to Wake”, “Brown and Blue”, “Outside In”, “On and On”, “Promises” and “Twinkling Stars”. We think “Brown and Blue” has enough potential to become a hit within beautiful keyboard tunes and dreamy, foggy vocals. “Outiside In” was the most well knows song of the night as the audience sang with the band. “Twinkling Stars” was one of the most interesting songs of the setlist as it is a dancefloor-ready electro track. We personally loved “Sleep to Wake” wrecked our hearts within its super melancholic lyrics “I wake to sleep, I sleep to wake, I breathe my breath here” 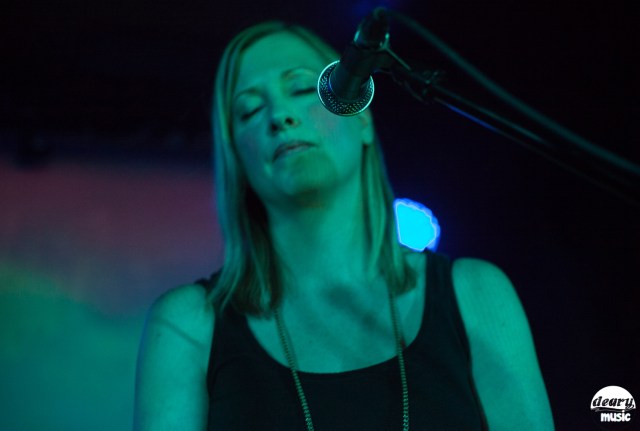 The show was a success as it was kind of a teaser of the album release, the crowd felt happy to listen all tracks before hand. If you are curious about their live performance, check it out the video below. As we wanted to bring the concert to your homes, we kept the video a bit longer than usual. Hope you guys will like it

You can also follow up their shows on their Facebook page and purchase their album from here.